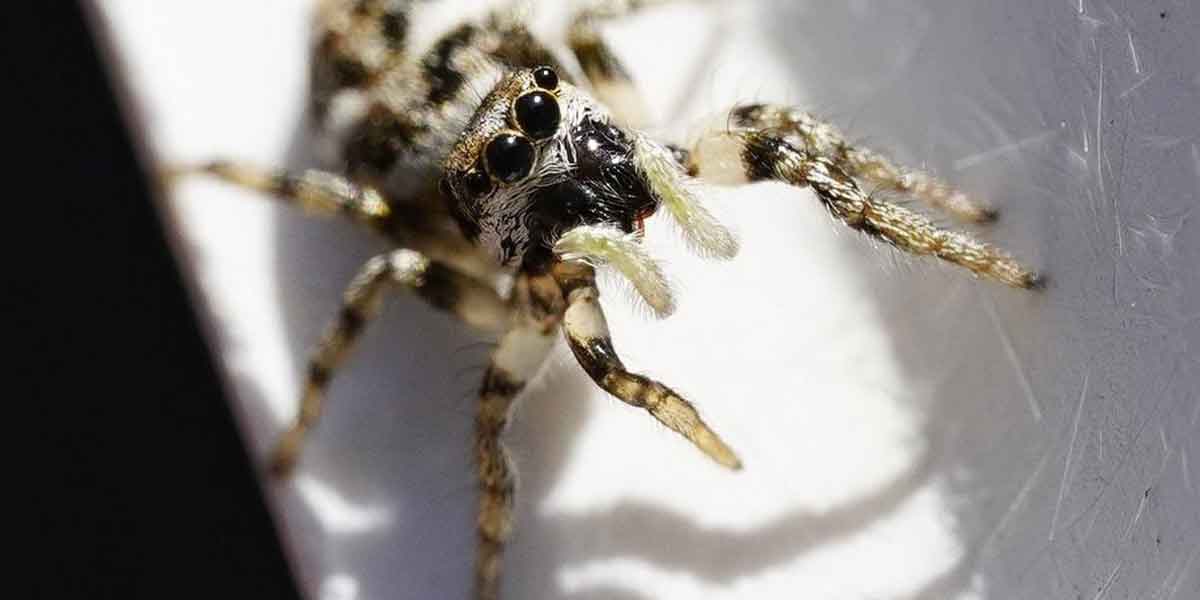 The Zebra(Salticus scenicus) Spider, also called Zebra Jumping Spider, is a species from the northern region. Like other jumping spider species, they don’t make a web to catch prey but rather are acclimated to chance predation by staying patiently for unknowing prey and suddenly jumping on them to capture. They get their name from the zebra for having black and white stripes on their body. These zebra jumping spiders can be found in urban and residential environments.

Zebra Jumping spider do not build web to catch prey

Zebra jumping spiders are terrestrial species. These spiders lead a solitary life. They’re among the many spider species that don’t make webs. They like to hunt during the daytime. The Zebra spider is believed to have the sharpest sight in the spider and insect world, with four large eyes that give it excellent stereoscopic vision. The colors of these spiders help them stay camouflaged.

The average lifespan of zebra jumping spiders is around 2-3 years; however, females tend to outlive male spiders.

Zebra jumping spiders are found in walls, fences, plants and trees for outdoor areas and Can be found behind the curtains on walls for indoor areas

Does Zebra Jumping Spider Bite and If They’re poisonous?

Important question people often is, are zebra jumping spider poisonous? No, these zebra jumping spiders are not poisonous and not harmful to humans at all. Zebra Spiders wouldn’t bite you unless they feel threatened or are provoked by humans. If bitten by zebra spiders, only a mild irritation sensation can be experienced by the victim of the bite. Its poison is not dangerous to humans and might only give symptoms like a mild irritation.