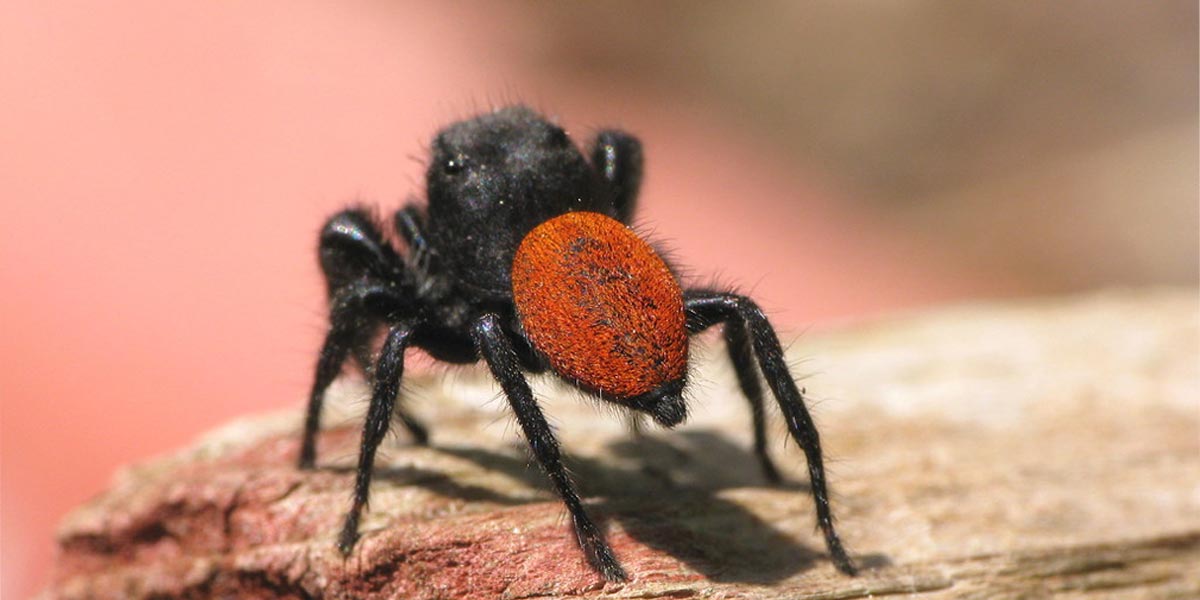 The redback jumping spider is usually fairly easy to identify. Its body is mostly black with a bright red belly. The smaller male’s abdomen is completely and uniformly red, while the female’s back is red with a black stripe running down the abdomen. In some cases, a few small white or yellow spots can be seen on the abdomen of a redback jumping spider, and the red area itself is surrounded by a thin yellow or white line. The red back jumping spider is a very common American spider species and the most populous of all jumping spider species in its range. It gets its name from the red coloring on the back of its rounded abdomen and its natural tendency to move, jumping from one place to another.

The redback jumping spider size is relatively large compared to other jumping spiders. Female spiders reach an average body length of 0.35-0.55 inches (914 mm). Its legs are quite short, and its overall length is slightly longer than its height. Male spiders are smaller, averaging 0.25-0.45 inches (611 mm) in height.

Both the male and female red and black jumping spiders have a bright red abdomen, and the female has a central black stripe as sexual dimorphism.

Redback Jumping spiders do not spin webs to capture prey. They are active hunters, feeding on flies, moths, insects, and other spiders. Jumping spiders use their ability to spin silk primarily to spin a safety line during their leaps. If the jump fails, the spiders will fall to the safety line, from where they can climb back to safety.

After successful mating, the female redback jumping spiders can store sperm in her body and use it to lay multiple batches of eggs for up to 2 years. Female spiders May lay eggs every 25 to 30 days, depending on the season. Each egg sac can contain between 40 and 300 eggs. However, the recorded number of eggs in a pouch is almost 5000. After laying, it takes almost two weeks for the eggs to hatch. The young spiders leave their maternal web carried by the wind. They eventually grow and form their independent networks.

Redback jumping spiders build nests out of silk in tabular form and stay indoors at night or during unsuitable weather as per their comfort.

The red back jumping spider lifespan is 1 year.

These Red jumper spiders Prefer living under rocks, woods, on the ground, and are also seen on grapevines.

Red back jumping spider preys on various insects, including flies, bugs and moth caterpillars, and other spiders. Birds, lizards, and other reptiles hunt these spiders.

The red back jumping spider is found in the western United States west of the Great Plains. The spider is primarily found in California and the following US states New Mexico, Colorado, Wyoming, Montana, Arizona, Utah, Idaho, Nevada, Oregon, and Washington.

Does Red back Jumping Spider Bite, and If They’re Poisonous?

The red back jumping spider is not aggressive, and its first instinct is to flee (or jump) when they sense approaching people or animals. They rarely bite people or pets, causing localized swelling or possibly a mild headache. There are no other known symptoms of the relatively mild jumping spider venom. The redback jumping spider is not dangerous, nor is its venom toxic to humans. It may take a few days. However, if a bacterial infection does occur around the site, it should not be left untreated. 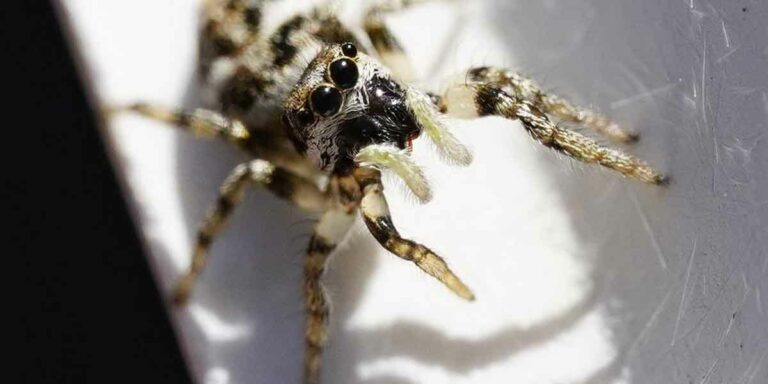