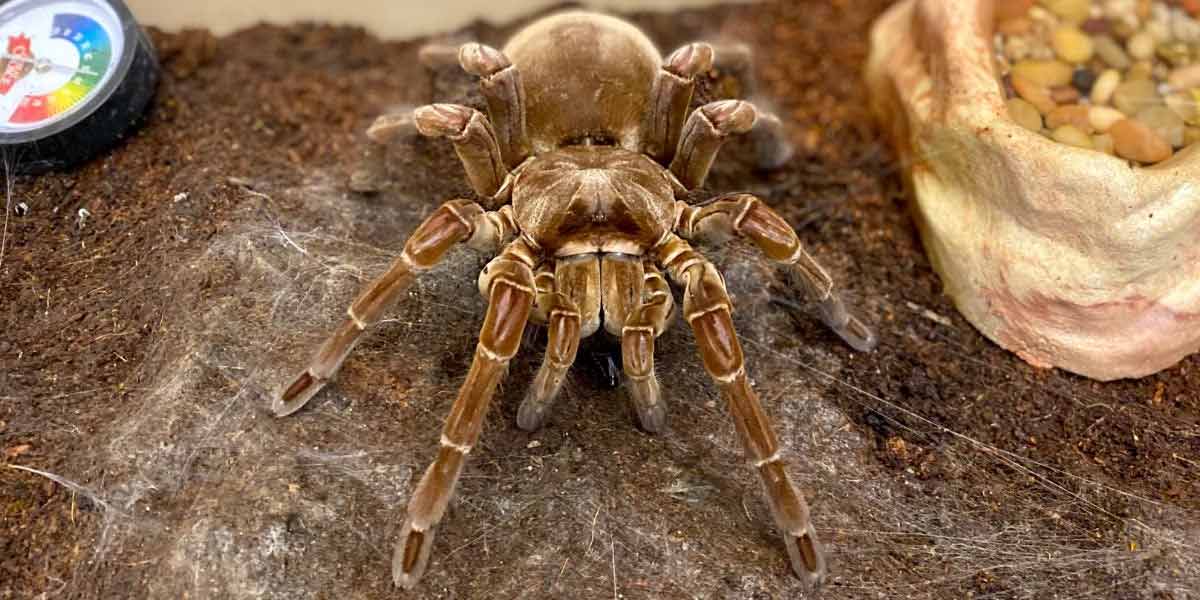 The Goliath Birdeater (Theraphosa Blondi) belongs to the Tarantula family. In terms of weight, the Goliath birdeater is the biggest spider on the planet. They can weigh up to 175g. However, when it comes to leg span, they come second to the giant huntsman spider. The name “birdeater” originated from an 18th-century engraving that showed another kind of tarantula eating a hummingbird, but on the contrary, these spiders rarely prey on birds.

The goliath bird eater size measures up to 4.75 inches, the females being larger in size as compared to males. Having a leg span of 12 inches, these spiders are second to giant huntsman spiders. Their fangs can measure up to 1.5 inches.

Goliath bird eater have a russet brown or black color and have faint markings on the third and fourth pair of legs.

Goliath birdeater do not spin the webs. Instead, they use their venom to catch the prey.

The female goliath bird eater lays up to 50 to 200 eggs in a sac. She wraps the eggs into a ball that is nearly the size of a tennis ball and carries the sac along with her.

Despite the name, the goliath bird eater does not prey on birds. Their diet mainly consists of frogs, rodent toads, snakes, earthworms, and lizards. These spiders are commonly eaten by certain spider wasps, some snakes, and other tarantulas.

Goliath Birdeaters is native to northern South America. They are found in Brazil, Venezuela, Suriname, French Guiana, and Guyana. Their primary range is within the Amazon Rainforest.

Does Goliath Bird Eater Spider bite and if They’re poisonous?

Goliath bird eater spider fangs have poison glands in their base. Although this poison is not toxic to humans, it can cause severe pain, nausea, and sweating. 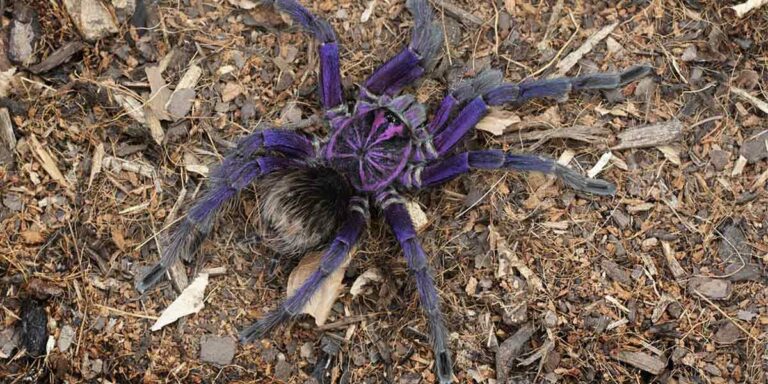 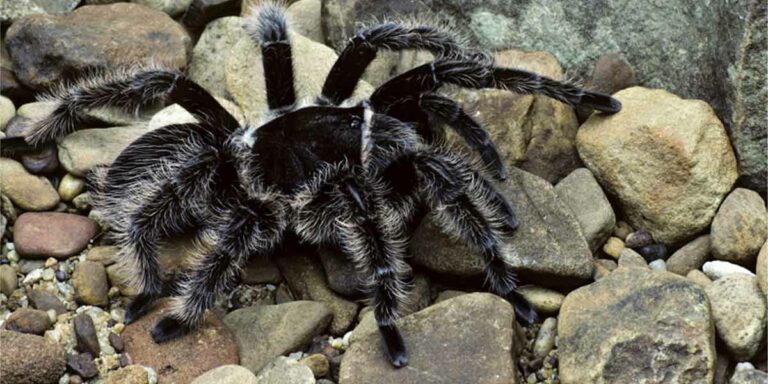